Since 2009, CEDEP has been organizing the Latin American Arbitration Conference (CLA), building bridges between Latin America and the rest of the world.

The different editions in Asunción, Medellín, Punta Cana, Buenos Aires, Curitiba, Miami, La Paz and, Cusco were remarkably successful, making the CLA the most important arbitration annual event in Latin American and one of the most relevant arbitration events in the world. 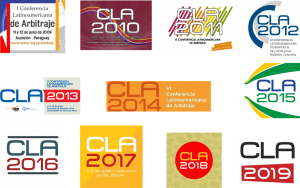 The CLA is directed by Professors Diego Fernandez Arroyo and Jose A. Moreno Rodriguez, with distinguished careers in the academic, arbitral, and professional world.

More than 500 speakers and arbitrators participated in the 11 editions of the CLA. Over 5,400 participants have registered from several countries in Latin America and other regions, and more than 30 of the leading arbitration centers and institutions of the region and world have been supporting the event throughout the years.