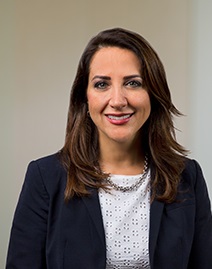 She was a consultant for the Inter-American Development Board in Washington D.C., advising on issues of energy, infrastructure, trade in integration projects (2001-2006). She graduated from the Faculty of Law of the University of the Eastern Republic of Uruguay (1999) and obtained a master’s degree in International and Comparative Law (LL.M) from the George Washington University Law School (2004). She also obtained a Diploma in Energy Law from the Escuela Libre de Derecho in Mexico City (2016).

She has received numerous distinctions from prestigious international publications, including recognition as an expert in arbitration and as a future leader (Who’s Who Legal, 2018-2021); She has been distinguished by Latinvex as one of the top 100 female lawyers in Latin America (2020-2021), and by Legal 500 USA as an expert in international arbitration (2021). She was also nominated by the International Conflict Prevention Institute (CPR) for the Raising Star Award for her exemplary contribution to diversity in alternative dispute resolution (2021).