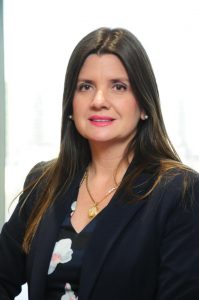 President of the Inter-American Commercial Arbitration Commission IACAC (2021 -), Co-Secretary-General of the Arbitration and ADR Commission of ICC Chile and Member of the Civil Procedure Reform Commission of the Ministry of Justice and Human Rights of the Republic of Chile.

Professor of Civil and Commercial Mediation at the Pontifical Catholic University of Chile School of Law. Member of the Arbitration Commissions of the Public Works’ Concession Contracts of the Ministry of Public Works.

Prior to joining the Santiago Arbitration and Mediation Center she served as an attorney at the Chilean Ministry of Economy, Development and Tourism (2012-2014). Between 2010 and 2011, Macarena worked as a specialized attorney in regulatory matters (transport, water and telecommunications) in the Legal Division of the Chilean Ministry General Secretariat of the Presidency.