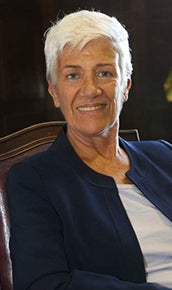 Mónica Pinto serves as the President of the Administrative Tribunal at the Inter-American Development Bank and at the World Bank. She is in the Panel of Arbitrators with ICSID, KCAB International and Mercosur. She is an Alternate Member of the Permanent Tribunal of Revision/TPR, Mercosur. She has appeared before several human rights bodies and tribunals, arbitral tribunals and the International Court of Justice, as a counsel and as an expert. She also serves as an arbitrator. She is member of ILO’s Committee of Experts. Associate member of the Institut de Droit International. Professor Emerita, University of Buenos Aires Law School; former Dean. She has been Professor at The Hague Academy, Paris I & II, Rouen, Columbia Law School, Universities of Alcala de Henares and San Carlos de Guatemala. She was a visiting Research Fellow at the University of Michigan. She held UN mandates regarding human rights in Guatemala and Chad, in regard to the Independence of Judges and Lawyers. She was Director of Human Rights of the Ministry of Foreign Affairs and Director of Cooperation and International Affairs of the Ministry of Justice in Argentina. Chevalier de l’Ordre national du mérite, France, 2008; Goler T. Butcher Medal (2009) and Honorary Membership Award (2019), both with the American Society of International Law. She is Argentinian and she holds a first law degree, and a PhD Law of the University of Buenos Aires.