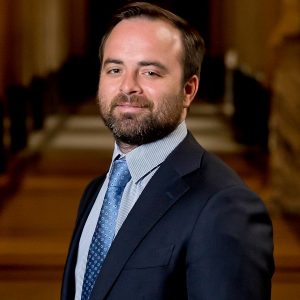 Julian Bordaçahar is an Argentine attorney who graduated from the Faculty of Law at the University of Buenos Aires (“UBA”) after spending a semester as an exchange student at the University of Texas School of Law in Austin.  He also completed Post-Graduated Studies in Oil & Gas Law at the UBA.  For the past two years, he has worked as a semi-senior associate in Baker & McKenzie’s Buenos Aires office, where he practiced international and domestic arbitration and litigation.  In this capacity, he has been involved in several proceedings administered by the ICC and local arbitral institutions.  Currently, he is an LL.M. Candidate for the 2016-2017 Geneva Masters in International Dispute Settlement (“MIDS”).  In addition, he teaches both International Commercial, Investment Arbitration and International Sales Law at the UBA, and coaches the UBA’s Vis and Foreign Direct Investment Moot teams, after having had his own experience as a student participant in these moots in the past.  Particularly, he was the Head Coach of the UBA’s moot team that won the XXIII Vis Moot Edition in 2016 in Vienna outcompeting more than 300 teams.  In July 2014, he was awarded a scholarship to attend the Summer Program of the International Academy for Arbitration Law in Paris. Additionally, along with two colleagues, he won the “Best Award” prize in the Young Arbitrators Match –the first arbitrators competition on how to draft an arbitral award– in Paris in September 2014.