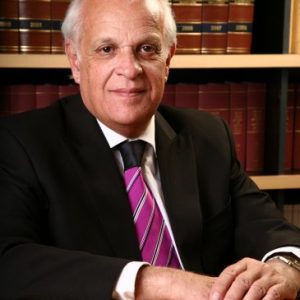 He graduated in 1970 (obtaining the Gold Medal) and obtained his Ph.D in Jurisprudence in 1974 at the Facultad de Derecho de la Universidad del Salvador.

He has been recognized in foreign publications as a leading lawyer in Argentina in Bankruptcy/Restructuring and Dispute Resolution (Chambers & Partners, The Legal 500 1, 2). He has also been ranked as a leader arbitrator in Argentina.

He has extensive activity as an arbitrator in domestic and international cases. He has been appointed arbitrator in more than 30 cases that developed in accordance with the Arbitration Rules of the International Chamber of Commerce (ICC) and the United Nations Commission on International Trade Law (UNCITRAL).

He has had a significant legislative activity. He is co-author of the Business Reorganization and Insolvency Law of 1994 (Law No. 24,522). He also cooperated with the Ministry of Economy in drafting the bill for the Construction Finance Law, enacted as Law No. 24,441, which introduced the trust (fideicomiso) and leasing in Argentina’s legal framework. He was member of the commission designated by Decrete PEN 685/95 to study the reform of the Civil Code. He was also appointed to advise the Ministry of Economy in drafting a partial reform to the Business Reorganization and Insolvency Law; which introduced “prepackaged agreements” (Acuerdo Preventivo Extrajudicial – APE) in Argentina enacted in Law 24,589.

Currently he has been appointed as conjuez of the National Supreme Court by decree 1018/2018.