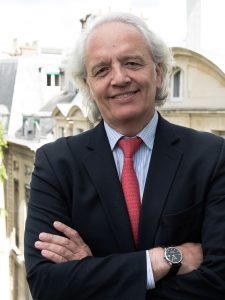 Is a professor at Sciences Po Law School in Paris. He teaches subjects related to international dispute resolution, arbitration, conflict of laws, comparative law, and global governance, and he is the director of the LLM in Transnational Arbitration & Dispute Settlement and co-director of Global Governance Studies. Professor Fernández Arroyo is a member of the Curatorium of the Hague Academy of International Law, an Associate of the Institut de droit international, a former President of the American Association of Private International Law (ASADIP), and the current Secretary-General of the International Academy of Comparative Law. He has been invited in a number of Universities of Europe, the Americas, Asia and Australia and he has been a Global Professor of NYU. Professor Fernández Arroyo is a member of the Argentinean Delegation before UNCITRAL (Working Group on Arbitration) since 2002. Professor Fernández Arroyo is actively involved in the practice of international arbitration as an independent arbitrator and an expert. He has been appointed Chairman, Sole Arbitrator or member of the tribunal in a number of cases, ad hoc and institutional (ICSID, ICC, Milano Chamber). He is a member of the ICSID panels of arbitrators and conciliators appointed by Argentina. He has developed several projects in the field of arbitration and international business law for international organisations, and has published a number of books and articles in more than 20 countries.